STEP BY STEP INSTALLATION OF VMWARE WORKSTATION 12 PRO IN UBUNTU 16.04 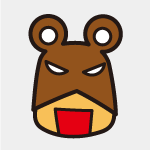 What is Guest Operating System ?

What is the advantages of Virtualization ?

With the help of Virtualization you can install multiple operating systems virtually on a single Physical System. By doing this you can save lot of money which you would have invested on data center, physical server, lot of space, costing of AC, costing on UPS and so on. Today virtulization is become a main need of large organisations.