4 Musts: To Learn from a Failed Project 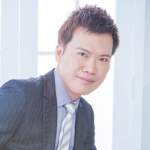 Original from here by Billour Ou
(1) The beginning of the story….

While failure is never the desired outcome for developing a new project, it sometimes offers more lessons to be learned.

Every child learns how to crawl first before he can walk. In his journey to walking, he will toddle and tumble. He practices from falls. He improves his skills from tumbling.

I had led projects that was not successful. Here is the story I would like to share ….

When the project of the Responsive Web Design first launched, I was the most experienced person with professional skills in the team of four. There were a political public relations personnel, a graphic designer, a rookie programmer, and myself.

It was a temporarily formed team. As we did not know each other before, we started the project without any trust to one another. While we were delegating the workload, everyone tried to avoid certain tasks. People even attacked others with mails or comments for not doing the work. That was how the project was started with, in a very negative and intense atmosphere.

It was not surprising that the project failed to complete and the team was dissolved.

What are the lessons I have learned from that experience?

Leading your team is like sailing a boat. You need to motivate everyone to work together toward the goals. However, as the team was comprised with people of different backgrounds, experiences, and abilities, how to build up the communication and trust becomes the mission of a leader. If you want to go fast, go alone. If you want to go far, go together. These are the most important things I have learned besides being a programmer: developing good communication and building trust at work.