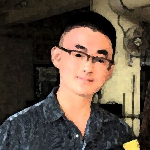 It's recommened to read on Gitbook for a better experience.

I have told you that I want to implement client/server communication two days ago. Unfortunately, I spend lots of hour for understanding Tokio.rs and future. So this is the part 2 of this topic.

Tokio.rs is a framework based on future, and future makes writing asynchronous program easy.

Asynchronous IO is always the most difficult part in an application, not to mention the fact that Tokio.rs is very new with few documents. Therefore, I need learn by programing, trying to make the code of Tokio.rs works.

Finally, I have done the communication between client and server. So let's look at what I have written in StellarSQL.

Each commits have their own meaning. I will explain the commits in order, and those commit also represent the process of my thoughts.

Think about how server and client communicate with each other, we talked there is a protocol doing that. A protocol could be HTTP or defined by ourselves. Protocols are based on TCP or UDP, and we will use TCP for DBMS due to the trait that TCP won't lose packets.

Let's dig deeper for a communication.

A client creates a socket and send some bytes to a server. The bytes are encode in the format of a protocol, which clients and server should all follow with. The server receive sockets and get bytes, and the server will parse the bytes to meaningful messages according to the protocol.

Once the server get a message, which might be any commands, including searching, inserting, deleting, ect., the server will reply the result to client. In the same way, the server will give the answer in a response which is serialized by the protocol.

If you read this series after today for a long time, I believe most parts would be changed a lot. Though I am going to write down some code in the following part, you can check out commits if you like to read what the whole code looks like at this moment.

These commits are done in today:

Or you can run the command to see the version in today:

Recall that we listen sockets and want to do process()

The process() is doing the process of what I just talk about for communication above, and there are comments for explaining in the following snippet:

We see message, response and request in main.rs. These modules are defined in connection module.

message is for parsing the stream into a Message, but I don't implement a well designed protocol. The poll() function will decode streams of each socket to messages, so we should implement our protocol here. Now it just see any "lines" sent from terminals entered by users as messages, so I delete \n\r in the function poll() (not showing here).

Note that impl<A> Stream for Message<A> is needed if we want to use functions of future crate and spawn the task to thread pool. (Remember Tokio.rs is based on future?)

request and response define the types of requests and responses. Just like HTTP, you send request in get, post, or put, and get response with code 200, 300, 400. These modules are doing the same thing.

There should be many types in Request, but I don't do it yet. request.parse() will parse the request. In this step, it will check if the request is valid, such as authentication, and then return the response. The logic here might changed, because some logic could be better.

Response defines all response types, and it can serialize() the Response in order to send back to the client. There will be more types, and serialize() will follow the protocol.

So, the communication works. Clients can connect to StellarSQL. Now StellarSQL just echoes the request to response. When I finish the database and SQL parts, it will be a real DBMS.

You can build and run with:

then open another terminal run the command, and put any words:

StellarSQL will echoes what you enter. :)

Author
Liu, An-Chi (劉安齊). A software engineer, who loves writing code and promoting CS to people. Welcome to follow me at Facebook Page. More information on Personal Site and Github.